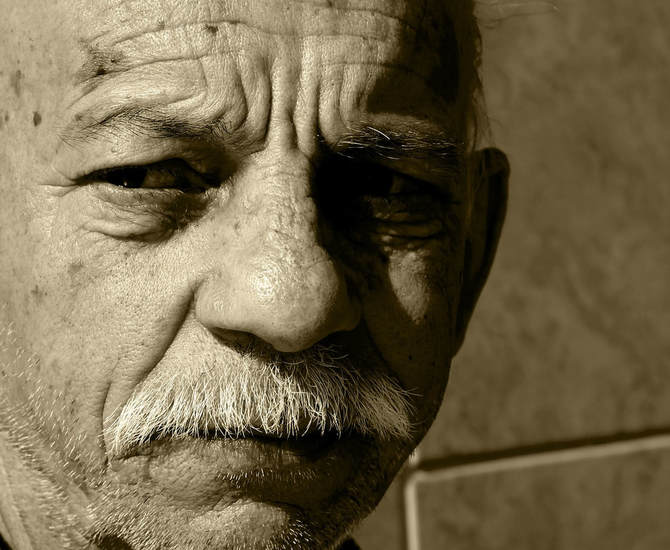 Robert has been HIV positive for 35 years and dependent on the Alberta social/healthcare system for 10-15 years. He was brought up in foster care from the age of eight, following many years of physical and mental abuse.   Diagnosed with bipolar and borderline personality disorder, Robert displayed aggressive and threatening behavior when unstable and non-compliant with his medication.

Having a long history of substance abuse including cocaine, cannabis, and alcohol led to his incarceration on a number of occasions for drug related and anti-social offences. Since leaving foster care at age 16, Robert resided in an innumerable assortment of housing projects, which were unsuitable, unsafe, or did not meet his individual psychosocial needs.
Although he continued to insist he was capable of managing independently in mainstream housing he was unable to demonstrate rudimentary skills in cooking, housekeeping, and managing his personal finances.  Paradoxically, he has maintained successful and consistent employment in the fast-food industry for several years.  He continued to have sporadic contact with his mother and sister (his only extended family), but their complex psychiatric and addiction issues tended to disturb and upset him for many weeks following their visits.

Despite having been referred to a number of specialist and daytime addictions counseling and life skills programs, he was refused based on his past anti-social behavior and criminal convictions.  Consequently Robert was lonely, unstable, and unpredictable.  Sadly, he refused to engage with his peers and community workers unless it was absolutely necessary.

Prior to his acceptance with SHARP Robert had been associated with the foundation for nearly two years, often joining them for special outings and to celebrate Christmas with the residents of Beswick House.  In January 2009, Robert was accepted into the SHARP Foundations’ new independent living program on a trial basis. He joined three other male residents.

From the outset Robert struggled to interact with his fellow housemates and to resist the drugs and alcohol that were readily available in the local community.  A vacancy at Beswick House allowed him to be transferred into an environment that could provide him with a higher level of individual care and support.  Robert still maintains that he could easily manage independently, but he readily admits that Beswick has given him much needed structure, friendship, and security.

Currently, Robert is learning to be part of a small community, often helping with the cooking, household tasks, and offering assistance to the more disabled residents in the house.  His mood is noticeably calmer and he is more confident and socially outgoing.  It has been a long journey for Robert and though he will continue to run into obstacles with the patience, commitment, and support of the SHARP Foundation Robert will continue to move forward and experience a genuinely good quality of life.
​